When processing GIS data, we sometimes need to analyze object movement on the map. For example, given some data records of bicycle riders lending and returning bikes (aka OD data), a shortest path (SP) algorithm is then required to find out the possible route for each rider. SP algorithm has been implemented many times by different graph libraries, say igraph and NetworkX. We needn’t to reinvent the wheel. A small but non-trivial gap is conversion from shapefile vectors to graph formats that could be read by other graph libraries.

In R language, the conversion has been covered by Binbin Lu’s shp2graph (also his talk on UseR!). I used to perform the conversion with this tool. But it comes to be frustrating in one of my recent road traffic analysis project. Two reasons: one is a lack of flexible control of road point sampling when simplifying the line vector. The other is a language gap when most of my data analysis projects are written in Python. These two basic disadvantages make potential problems when I dive into following processes of data mining. The python-s2g library then was on the road.

Piggyback on the efficiency of shapely, it is a fluent procedure to manipulate line and point data. I didn’t try to fix the error of shapefile. So a basic assumption is that two continuous lines should only be connected at ends of them, in spite of some distance tolerance (thanks to shapely’s buffer processing). s2g reads a shapefile of lines or a list of lines, and finally returns a fully connected graph (in networkx Graph). Within the procedures, a largest self-connected component is processed while all component statistics is notified.

Here is a small example in tests of python-s2g. Here the map is the campus where I pursued my PhD. The shapefile was downloaded from OpenStreetMap using bbbike.org. A spatial resolution of 0.01 (km) was chosen to give a high-resolution graph mapping, which means an edge in the generated graph takes a great circle distance of 10 meters. Below is the runtime info and visualization of final graph. For more information, visit project home of s2g. 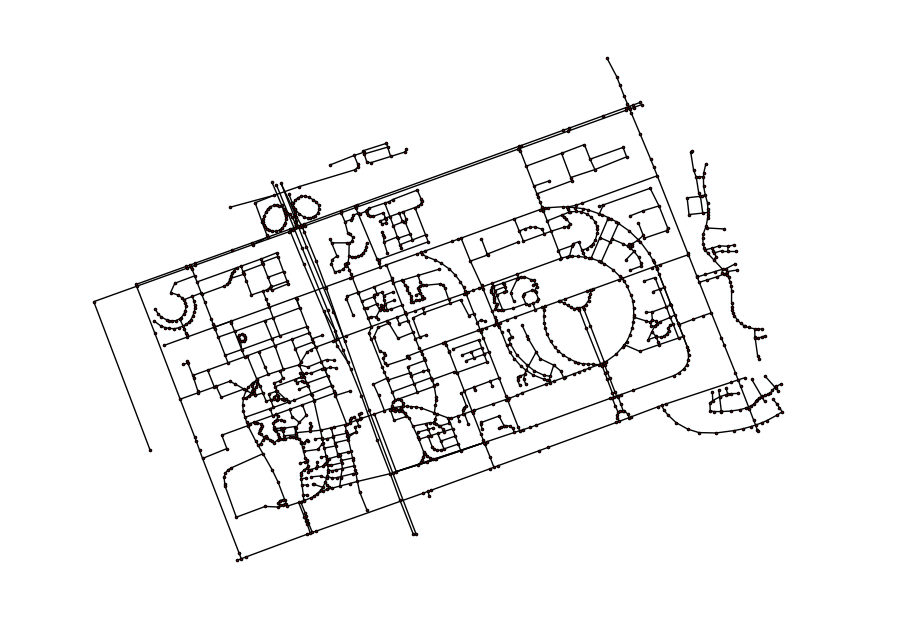 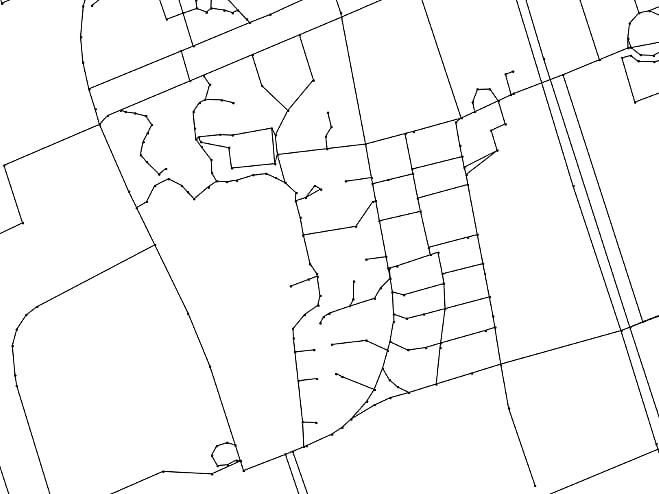